Gingerbreads with natural lemon jam filling stand out for their originality, perfect taste, soft and delicate texture. An excellent choice for lovers of a combination of various delicious fillings in selected delicacies.

Gingerbreads with lemon filling have a delicate, soft texture and go well with tea, coffee, milk and other drinks. Classic gingerbread is a traditional delicacy that has been popular for many years.

Kievbread is the largest producer of bread, bakery and confectionery products in the capital of Ukraine, which has held leading positions in the field of domestic baking for over 90 years. Every day they produce more than 400 tons of products, making sure that fragrant fresh bread is on the table of every Ukrainian family. 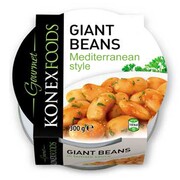