Praline with almonds between three layers of wafers in chocolate glaze. Vanilla flavored. 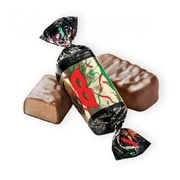 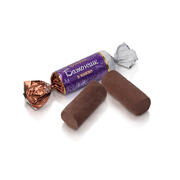