Rye is one of those grains that is difficult to grow in Australia because we have a very different soil topology here to where rye comes from in Central Europe.

Thus, our rye flour is quite harsh by comparison with the European's offering, according to German bakers who have worked extensively with rye.

Having said that, there is a strong demand for all kinds of rye breads, and for good reason - rye has a wonderful, tangy flavour, and makes quite amazing sourdough starter.

Really, rye and sourdough go together.

It is not known where the name came from.

There is a legend that Borodinsky bread was firstly made by nuns of monastery founded on the site of the Battle of Borodino.

Supposedly, the monastery was built near the bakery which has first developed a recipe of funeral bread - black with coriander (symbol of buckshot).

For a long time Borodinsky bread was used as a funeral dish becoming a symbol of the Russian victims in 1812.

It is known, however, that the current formulation of Borodinsky bread was developed in 1933 by the Moscow bakery trust.

According to this formula one of the ingredients of bread was coriander.

However, similar recipes existed before the revolution, they are referred to in the literature of the bakery of the XIX century. 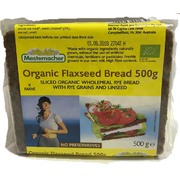