Vinegret or Russian vinaigrette is a salad in Russian cuisine which is also popular in other Eastern European countries. The main ingredients are diced cooked vegetables (beetroots, potatoes, carrots).

The naming comes from vinaigrette, which is used as a dressing. However, in spite of the name, vinegar is often omitted in modern cooking, and sunflower or other vegetable oil is used. Some cooks add the brine from the pickled cucumbers or sauerkraut.

Along with Olivier salad and dressed herring, vinegret is served as zakuska on celebration tables in Russophone communities.

Despite the widespread popularity in Russia and Ukraine, the basic mixed salad recipes were adopted from Western European cuisines as late as the 19th century. Originally, the term vinegret denoted any mixture of diced cooked vegetables dressed with vinaigrette. Later the meaning changed to any mixed salad with beetroots. Modern Russian and Ukrainian cookbooks still mention the possibility of adding mushrooms, meat or fish but this is rarely practised.

Similar beetroot-based salads are prepared throughout Northern Europe. Examples are herring salad and beetroot salad in North German and Scandinavian cuisines as well as rosolli in Finnish cuisine, with the name for the latter stemming from rassol, the Russian word for brine.

By: Adam on 9 January 2021
It tastes great and it feels good in your stomach. That being said, it's too expensive IMO.
(5) 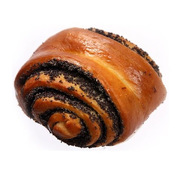