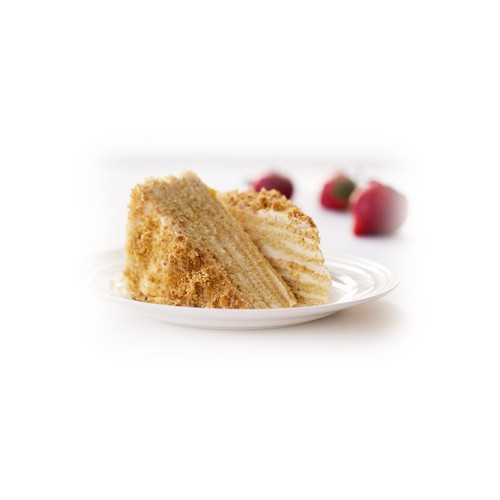 A real honey cake - tasty, tender, fragrant, not a sugary dessert which gladly will taste even someone who does not like honey. Honey cake is considered to be one of the most popular in Russia.

An interesting story about the Russian Empress Elizabeth Alekseevna. The wife of Alexander I she really did not like honey.

But once a new chief worked in the kitchen and since he had just started he wanted to impress the imperial family and decided to make a special cake not knowing about the honey though. The recipe was new and never has been used before.

The cake turned out beyond praise - honey cake with custard literally melted in the mouth. Empress appreciated dish and asked for its ingredients. Confectioner being terribly embarrassed confessed that the foundation of the cake was honey. But the Empress was not angry but rather laughed. She orderd to reward inventive confectioner generously. Since honey cake became favorite dessert of the Empress and was always present at the celebratory feasts.

Perhaps the best cake I've ever had.

By: Adam on 7 January 2021
Delicious cake, albeit expensive. That said, I'm grateful to have any Slavic food shops that deliver to my area, as it's obviously not that common in Aus so I'm happy to pay a bit more knowing it helps their business to grow and remain open for long term.
(5)