Set of chocolates with cream filling, with whole and crushed hazelnuts. 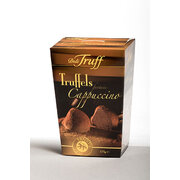 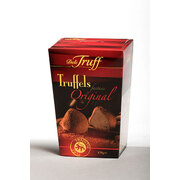