The name of the Pryaniki derives from the word 'pryany' which means 'spicy'. The first pryaniki in Russia appeared around the IX century and were called "honey bread". They were based on rye flour mixed with honey and berry juice. Later when Russia started to trade with India and the Middle East and exotic spices were imported, spices such as cardamom, cinnamon, nutmeg, ginger, cumin were often added to flavor the taste. 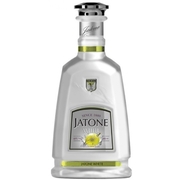