The word “Licorice” refers to the root of a plant called Glycyrrhiza glabra. It’s native to Europe and Asia. The early Egyptians loved Licorice root. They used it in tea as a cure-all concoction. Licorice was later imported to China where it became an important herb in Chinese medicinal tradition.

Licorice root is used to soothe gastrointestinal problems. In cases of food poisoning, stomach ulcers, and heartburn, Licorice root extract can speed the repair of stomach lining and restore balance. Licorice is recommended to treat respiratory problems. Taking Licorice as an oral supplement can help the body produce healthy mucus. Over time, stress can leave the adrenal gland exhausted by constantly producing adrenaline and cortisol. Licorice supplements can give the adrenal gland some relief. 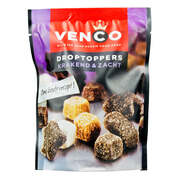