The formulation of this unique drink, which has long been considered lost, has become restored due to the documents found in the archives of the museum-preserve Tsarskoye Selo.

Vodka Imperial Palace is made with honey, infused with berries, wild cherry and raspberry leaves. From the royal cellars, the summer residence of the Romanov vodka Imperial Palace first delivered to all holiday feasts during receptions, balls and masquerades.

The botle for vodka Imperial Palace is made by hand at glass-blowing production in the Czech Republic. It is a replica of the Coronation damasks Romanov dynasty, made one of the most famous masters of Russian art nouveau Fedor Schechtel in 1913 by order of the Imperial Palace to celebrate the 300th anniversary of the reign of the Romanov dynasty in Russia.

Even corked shtof not modern plastic materials, and accurately fitted with the "diamond lapping" with a glass stopper. Like any Regal attribute Coronation Damask not recommended to lay on its side or inverted. 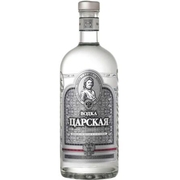 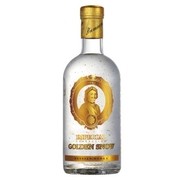