Pelmeni From Granny with beef. 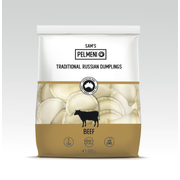