Lemonade "Duchess" has an excellent dessert taste: wine-sweet, with pleasant sourness and a delicate muscat flavor. The carbonated drink "Duchess", prepared according to the classical technology, is made of pear infusion, which perfectly quenches thirst, regulates digestion, has an antiseptic and diuretic effect, is a source of useful elements and substances. According to the original recipe, the composition of the drink Duchess includes pure water, sugar, citric acid and, of course, pear infusions.

Its name was given to the drink from the name of the pear variety Duches. This is a large dessert variety with sweet juicy tender flesh. By the way, the word duchesse in French means "duchess". In the south of France, duchesse is called the duchess of pear varieties.

When President Harry Truman sent as a present to Stalin 1,000 bottles of Coca-Cola. The leader held a blow: Soviet lemonades in beautiful bottles with bright labels, sealed with cork from natural wood and packed in colorful boxes, flew over the ocean. Truman was delighted with the achievements of Soviet industry, talked about even establishing exports, but in the fuse of the "cold war" it was not until then.

The lemonade has bright, rich taste and aroma of the same name of pears with juicy and sweet flesh. The drink is in high demand not only among those who know it during the Soviet era, but also for the younger generation. A dessert drink, familiar from childhood. 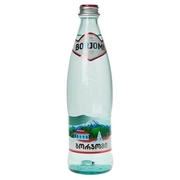 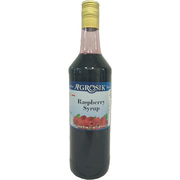