The first bottling of the Baltika #9 Strong took place as far back as 1998. Beer lovers immediately appreciated the novelty.

In 2005 the brand cardinally changed its exterior and a little later Baltika Breweries started filling it into a convenient PET package that quickly became popular with consumers. At the same time the "Devyatka" (meaning "Nine") popular name became the official name and is now used on the label.

The taste of the strong Baltika beer was recognized not only by Russian citizens. The brand is successfully exported to almost 40 countries around the world, including Germany, Ireland, France, the USA, and even such exotic countries as Mexico, Mongolia and South Korea.

One should also note the social role of the beer at the time. Many strong drink consumers switched to Baltika Nine with the alcohol content below 8%. The strength is achieved by natural fermentation only, according to a unique recipe developed by Baltika specialists. 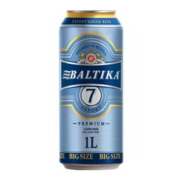 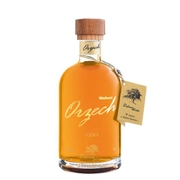