Due to massive delivery delays the ordering of perishable products was temporarily postponed until further notice. Buckwheat is a very good source of manganese and a good source of copper, magnesium, dietary fiber, and phosphorus.Buckwheat contains two flavonoids with significant health-promoting actions: rutin and quercitin. The protein in buckwheat is a high quality protein, containing all eight essential amino acids, including lysine.

Buckwheat grains, or groats, that have not been roasted are known simply as buckwheat, while roasted groats are known by the Russian name "kasha." Kasha also refers to a popular Russian and Eastern European hot cereal or side dish made with roasted buckwheat groats. Roasted buckwheat is darker in color and has a stronger flavor than unroasted buckwheat.

Buckwheat is also ground into flour, available in either light or dark forms, with the darker variety being more nutritious. Since buckwheat does not contain gluten, it is often mixed with some type of gluten-containing flour (such as wheat) for baking. Buckwheat can be safely eaten by people who have celiac disease as it does not contain gluten. Buckwheat can be a good substitute for wheat, oats, rye and barley in a gluten-free diet.

Buckwheat is native to Northern Europe as well as Asia. From the 10th through the 13th century, it was widely cultivated in China. From there, it spread to Europe and Russia in the 14th and 15th centuries, and was introduced in the United States by the Dutch during the 17th century.

Buckwheat is widely produced in Russia and Poland, where it plays an important role in their traditional cuisines. Other countries where buckwheat is cultivated commercially include the United States, Canada, and France, the country famous for its buckwheat crepes.

The three basic techniques for cooking buckwheat with hot liquid are boiling, absorption and steaming, which are perhaps the most popular methods for cooking most whole grains. Often a combination of these methods is used to cook grain depending on the type of grain, the particular recipe, or the desired effect. Some grains benefit from soaking before they are cooked because cooking with hot liquid alone may not produce the optimum results.

Like all grains, buckwheat should be rinsed thoroughly under running water before cooking, and any dirt or debris should be removed. After rinsing, add one part buckwheat to two parts boiling water or broth. After the liquid has returned to a boil, turn down the heat, cover and simmer for about 30 minutes.

Boiling is one of the easiest methods for cooking grain. The grain is cooked uncovered in a large quantity of water. The grain and water are then dumped into a colander and drained for several minutes to remove the excess moisture. This method is often the best when there is some doubt as to the correct quantity of water that can be absorbed by the grain.

Cooking grain with the absorption method is, perhaps, the method that most people are accustomed to when cooking many types of grain, but it is often the most difficult. This technique requires that the grain be cooked in a specific quantity of liquid, which can be readily absorbed by the grain. The absorption method may require some trial and error, but it is most often successful when slight adjustments are made to recipes based on variables that may affect the success of the absorption cooking method, such as the accuracy of the heat source, the altitude, and age and quality of the grain.

Steaming is the third method for cooking grain and although it is the most time consuming, it produces beautifully cooked grain. The grain slowly absorbs moisture and cooks very evenly. Steaming alone usually is not adequate for cooking many types of grain, so it is often used in conjunction with other cooking methods and techniques. Some grains are boiled briefly before they are steamed while others may simply require soaking in cold water for a period of time to tenderize the grains prior to steaming. 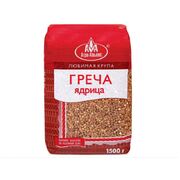 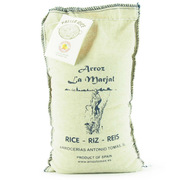 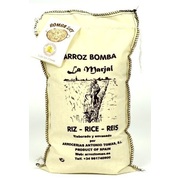